My sister-in-law, LE, volunteers for CASA Court Appointed Special Advocates for Children.  Last October, CASA 20th Judicial District of Central Arkansas hosted their 11th Annual Festival of Chairs fundraiser.  The Girls and I decided we would decorate a chair to be donated for the auction, and since it was a family project L's participation was implied.

This was our finished product. (And by finished, I mean by the hair of our chinny chin chin, just days before the event.) 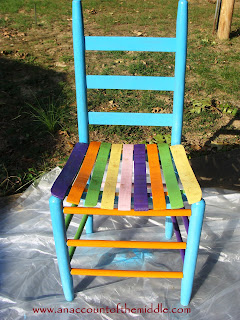 We found our chair at a flea market.  It was in somewhat sad shape and in need of some repair, so we talked the man down to $2 and brought it home to administer some TLC. 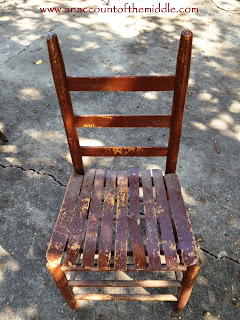 L made a replacement slat for the one that was broken 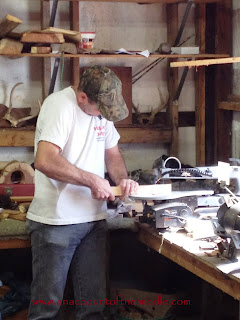 and repaired the slat that was cracked. 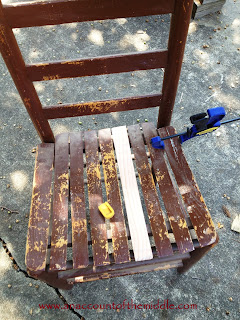 Then the Girls and I got to work on stripping off all the old paint and varnish, 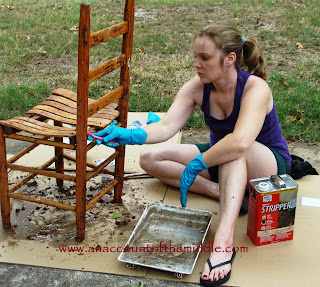 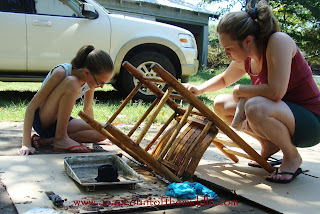 cleaning off the chemicals (and what we're pretty certain was bird poop), and getting it ready to be sanded. 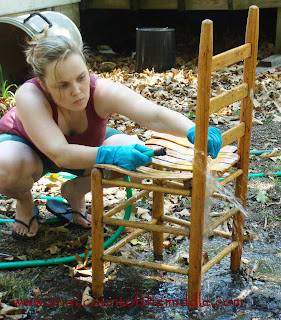 When it came time to do the sanding I played the girl card and L did that part for us (for a treat). Sandpaper is really hard on your nails. Don't judge! 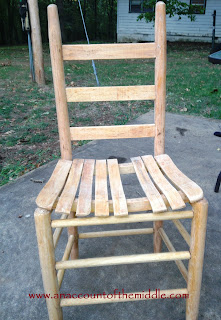 That just left painting.  We decided to do a rainbow theme for two reasons; first, with the individual slats it would make a great rainbow and second, I had most of the paint already from my previous cake plate project.  Frugal me was thrilled (she's always much happier when the creative me wanna be stays on a budget).
Before we put paint to chair the Girls and I decided we needed a painting plan.  GG drew up some pictures of the chair and NG and I colored them in different paint patterns until we found one we could all agree on.
It took a total of two days to complete all of the painting. 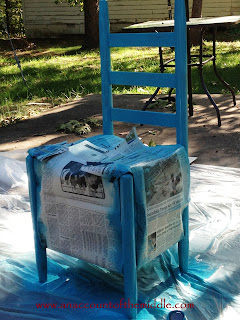 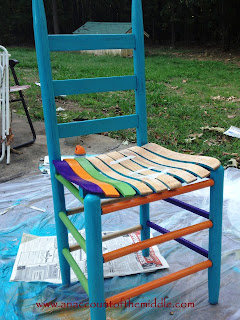 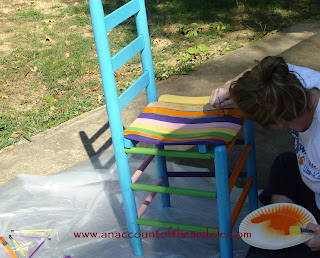 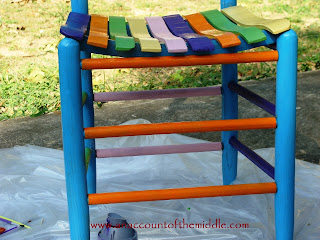 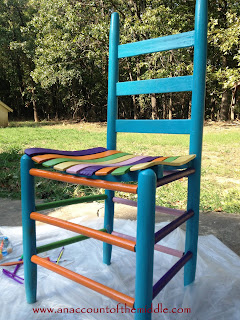 Although you can't really see it in the picture there is a gold glitter on the slats because at the last minute the Girls and I decided every rainbow needs gold.  When I got in touch with LE to tell her the chair was ready and make arrangements to get it to her she asked for the name.

Name?!?!  We found it, brought it home, replaced it's broken parts, glued it's weakened parts, stripped it, bathed it, sanded it, and repainted it.  We did not name it.  By this point my creative me wanna be was already looking for some sort of paint sniffing support group to check herself into, so the Girls decided to name it after The Carpenter's song Rainbow Connection. 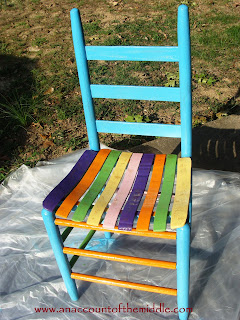 I didn't tell them Kermit sang it first.  If we make another one maybe we can do a grass theme and name it Not Easy Being Green...
Posted by Unknown at 7:32 AM No comments: