You Can Call Me Dr. Mom, Medicine Woman

Remember those pesky nosebleeds of NG's that I mentioned?  The one's we tried to stop with surgery?  Well the surgery slowed them down but it didn't stop them.  Neither did the humidifier, nasal spray, Neosporin, or Vaseline that her ENT recommended we use.  At her last appointment he basically told us he was at a loss as to what to do next.  More surgery wasn't an option so he told me to make an appointment for a follow up in 6 weeks and he really hoped the bleeding stopped before we came back.

So I decided to shove some up NG's nose and see what happened... 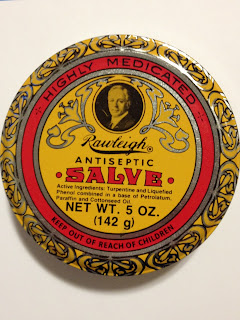 We're now on day 6 of no nosebleeds!!  That's right!  For six whole days NG has walked and talked and watched television and read books and played with the pets and eaten meals and gone to sleep and done all of those other strenuous activities without having to take time out to stem the bleeding.  There are no words to express our excitement!!

And if at any time she or anyone else in the family(human or otherwise) should become afflicted by wounds, skin abrasions, minor cuts, chapped teats and udders, wire scratches, or saddle chafing I'm prepared to doctor them as well.
Posted by Unknown at 9:37 PM