Is it still hookie if you have permission?

GG's high school has what's known as a Renaissance Rewards Program.  One of the privileges she earns through this program is a personal day, one free day to use whenever she chooses to do whatever she chooses.  When I asked what she wanted to use her day for she asked if I would take her to World Fest at Silver Dollar City in Branson, Missouri.  Spend an entire day with my oldest sidekick at an amusement park riding roller coasters and eating "foods of the world"?  Um, OK!!  I have mentioned how much we love roller coasters and eating, right?  So Thursday we hit the road early to travel back in time and around the world.

We arrived almost an hour before the Opening Ceremony, which was great by the way (click here to read about it).  We amused ourselves by browsing through the gift shop, grabbing a snack at the bakery, listening to the mini shows at the gazebo, familiarizing ourselves with the map, and watching the people around us.  Judging from some of the looks we received and the amount of giggling we indulged in, I think it's safe to say we provided a certain amount of amusement as well.

GG's first stop of the day?  Grandfather's Mansion, because she wanted to see the funny mirror.  As you can see we did a fair amount of goofing off there as well. 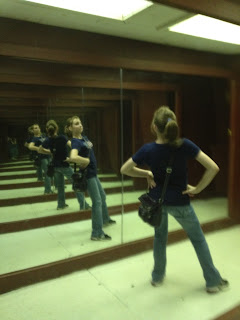 I think this is her Captain America pose. 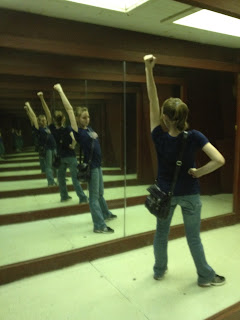 I told GG to stand and lean and I would take her picture, but she kept falling over.  So she decided I could stand and lean while she took a picture. 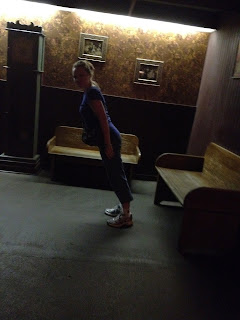 I don't know if you've ever rode the Mighty Galleon (The Ship Ride), but the coveted seat is the one in the very back since it gives you the biggest rush.  As we walked toward that ride we had the following conversation:

GG: Let's hurry up.  There's only one person over there right now and he's older.  I don't think he's going to want to ride in the back seat.
Me:  Probably not since he's the one operating the ride.
GG: Oh! 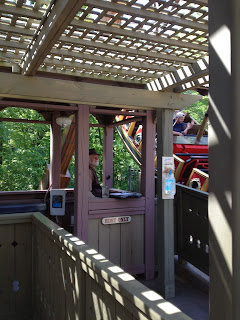 Since the lines were short and the rides were basically empty GG and I decided to have a "dueling teacups" contest.  We each chose a teacup and as soon as the ride started we began our spinning war.  Did you know those teacups have brakes?  That's right, if your teacup is still spinning when the ride stops (and we had our teacups wound tight, so they were) there's a brake that can will stop you right in your saucer.

GG talked me into riding a water ride around noon.  She got damp.  I got soaked!  The park actually has a family size dryer available for $3.  It didn't take very long for even frugal me to decide I would rather be dry than have the $3, so to the dryer we headed.  When we got there a woman was already using it, but she graciously offered to let us share with her since she was almost done.  Another couple walked up while we were still in the dryer so we offered to share with them.  Nothing bonds strangers like wet clothes and chattering teeth.

One of the main reasons GG wanted to go to World Fest was for the food, and so for lunch we went to the Frisco Freight Company Barn to check out the Tastes of the World menu.  We decided to split an order of Naples Nachos and then shared a Tiramisu Torte and an Apple Dumpling with Cinnamon Ice Cream. 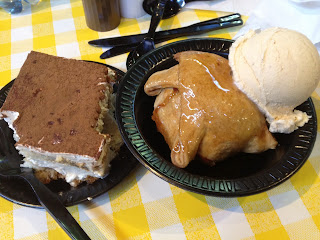 We spent the afternoon reriding some of our favorite rides, 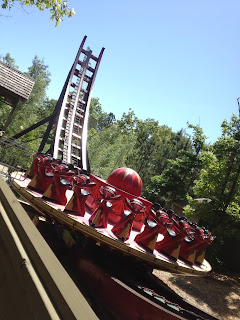 checking out the shops (and the free samples), observing craft demonstrations, 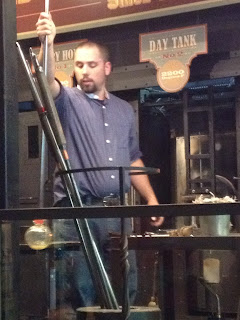 GG stopped for words of wisdom from the bucket, 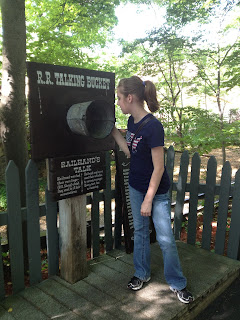 and watching the street shows. 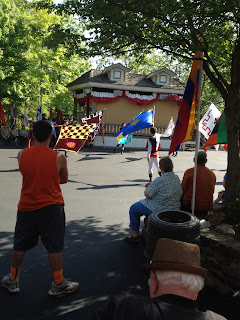 On a side note GG rarely misses a day of school for any reason. That afternoon we discovered that the one day she did miss turned out to be quite dramatic.  She knew she would be missing the school play, she did not know she would be missing the Lawnmower Boy's famous ride to school, the school board's infamous overreaction (and excessive punishment), or the resulting school wide protest.

I think she was somewhat disappointed to hear she had missed all of the action, but I was able to console her with Yak Jerky and the assurance that there would still be lawn mower excitement when she returned on Friday. 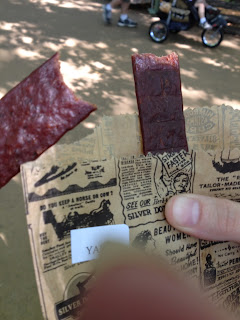 As it turns out the excitement continues to build and is now benefiting a very worthy cause, the Arkansas Children's Hospital in Little Rock, Arkansas. To check out their story or support their cause click here.
Posted by Unknown at 6:03 PM