I've been working on the menu for J's baby shower.  My main source of research for this project has been Pinterest.  I found pins for Pizza Bites, Pizza Puffs, and Pepperoni Rolls and thought they all looked like good possibilities.  I came across pins for Cream Cheese Sausage Pinwheels, and Jalapeno Cream Cheese Cresent Poppers that also caught my eye (and so I pinned them).

Then it occured to me, I might could combine the recipes ingredients and techniques to create my own recipe.  So that's what I did.  I took the ingredients needed from the bites, puffs, and rolls and the technique from the pinwheels and poppers and came up with Pizza Pinwheels. 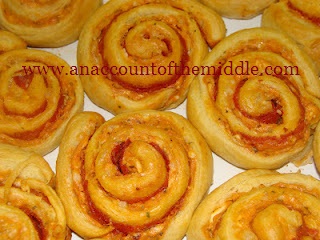 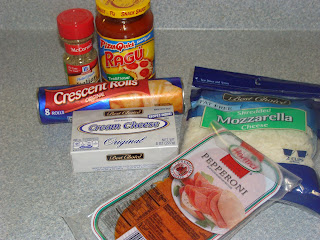 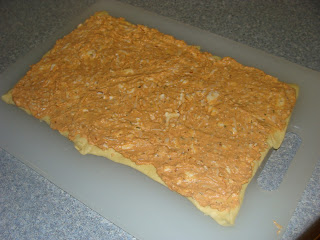 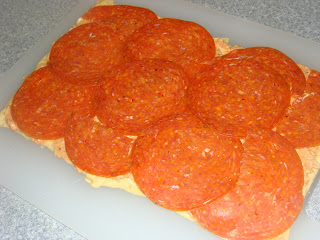 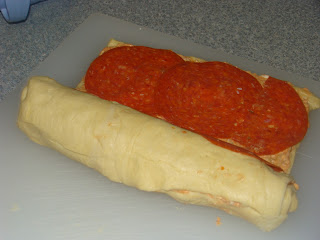 This was the second can when I only used four crescent rolls at a time. 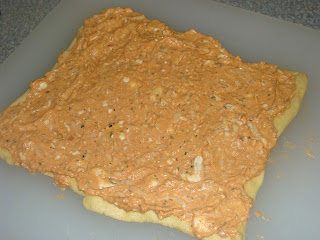 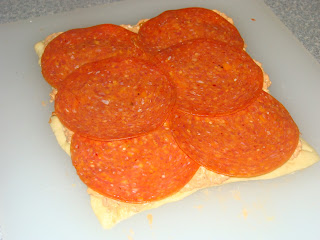 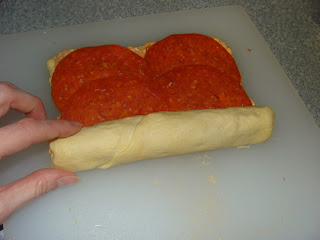 I used thread to cut the pinwheels.  I didn't have any problem cutting through the pepperoni and it didn't mash the cream cheese filling out of the crescent rolls.﻿ 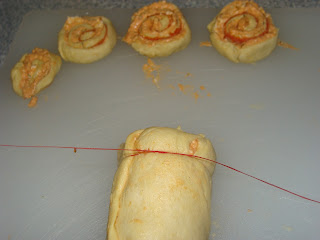 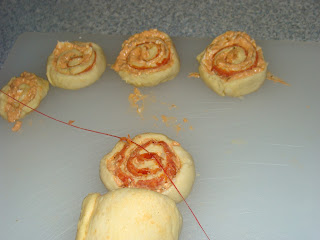 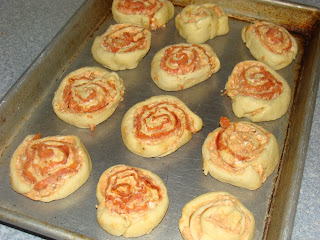