If Necessity Is The Mother Of Invention...Does That Make Desperation The Father Of Creativity? Chocolate Raspberry Rum Cake

...because that's where I found myself the other night, desperately in need of a creative culinary invention.

I have this great Rum Cake recipe that calls for a yellow cake mix.  Unfortunately a thorough search of my cabinets only produced a chocolate cake mix.  However, that search did produce some raspberry rum.  So after a few moments of ponderment (that's a real word, I googled it!) I decided to adjust my Rum Cake recipe that calls for a golden yellow cake mix and plain rum to a Chocolate Raspberry Rum Cake by using a chocolate fudge cake mix, raspberry rum, and raspberry extract.

My logic was this: it's chocolate cake and RUM.  Who isn't going to eat that?!?!

Remember that apple tree in my grandparents yard that I mentioned in a previous post?  Well they also have a pecan tree that produces some pretty great tasting pecans. 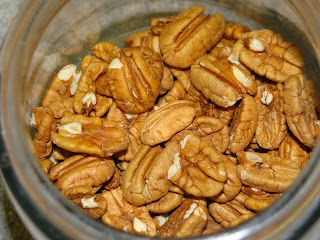 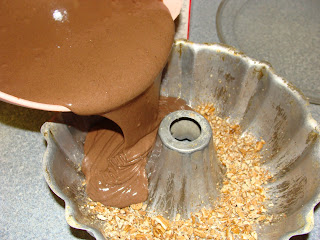 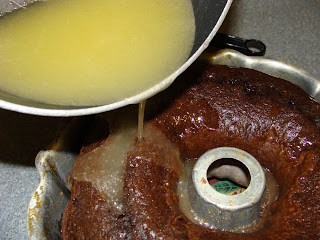 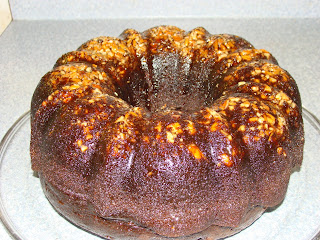 I licked the beaters, 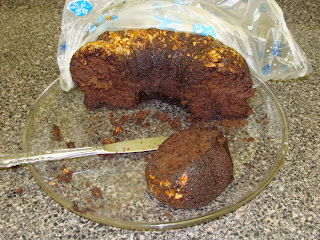 Sauce:
1 stick of butter (not margarine)
1 cup sugar
1/4 cup rum/ 1/4 cup raspberry rum
1/4 cup water
1/2 tsp raspberry extract (to be added after the sauce has been removed from the heat)

Sprinkle nuts in a greased bundt pan.  Beat remaining cake ingredients together for 6 minutes on medium speed.  Pour cake batter into pan and bake at 325 degrees for 55-60 minutes or until done.  Allow the cake to cool  while making the sauce.  Mix butter, sugar, rum, and water in a medium saucepan and bring to a boil.  Boil slowly 2-4 minutes, stirring constantly.  Remove sauce from heat, if you're making the raspberry version add the extract at this time, and pour evenly over the cake while it's still in the bundt pan.  Allow the cake to sit for 20-30 minutes while the sauce is absorbed.  Invert onto cake plate and serve when ready.
Posted by Unknown at 6:32 PM