Last Saturday the Girls and I got up early and went tripping over to Tulsa, Oklahoma for a day of shopping and a much anticipated visit to The Cheesecake Factory.

Now our idea of an all day shopping spree might differ from most.  There are three Goodwill Industries stores in Tulsa and one in Broken Arrow, which is located on the outskirts of Tulsa.  Four times a year these stores have a "half off sale" on all clothing, shoes, and purses.  I love to shop resale, and I've passed that love on to my daughters.  Not only does this mean we can get new (to us at least) things but I don't have to spend a lot of money to do it.  Shopping resale is green, and a great way to "shop American" regardless of what the made in ... tag says.

L made the mistake of calling me cheap one time.  I explained to him that I am not cheap, I am frugal.  Here is the difference: If I were cheap that would mean L still had some of his money.  I am frugal and that means I still have some of L's money.  As far as L is concerned he is to consider me high maintenance.  Now back to the story. 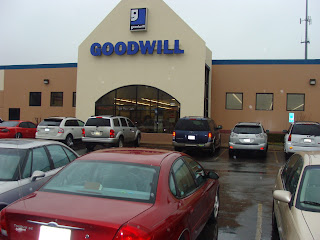 The Girls and I got to the first Goodwill around 8:30 a.m. and immediately began searching for bargains.  We made a quick stop at Sonic for a snack before continuing on to the next two stores.  After we finished up at the third store we decided it was time for lunch, so off to The Cheesecake Factory we went. 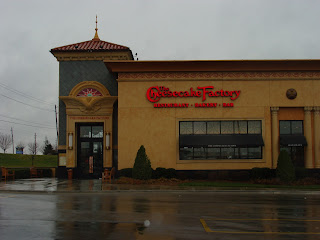 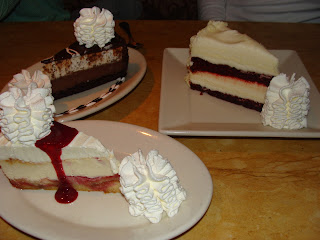 After lunch we went to the last store to finish out our shopping trip.  It took us a little while longer to get there since we had the wrong address.  I consulted Coco for help, she copped an attitude, I yelled at her, she quit talking to me, and the first words out of the Girl's mouths when we got home?  "Momma got in a fight with Coco!!"  Tattle tails!

On the drive home we turned on the holiday music and sang karaoke to Christmas carols all the way home.  Our favorites were Taylor Swift's Last Christmas and every version of Rudolph the Red Nosed Reindeer (so we could add the additional lyrics). 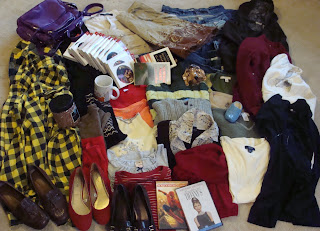 See those lovely yellow and black plaid shirts there on the left?  GG and I are registered for a Warrior Dash in the spring and that's the beginning of our performance costumes. There will be more on that later.

The next day I discovered an accidental souvenir from The Cheesecake Factory in my purse.  I apparently stole borrowed one of their napkins.  Guess I should probably take that back to them, and it would probably be rude to not eat a piece of cheesecake while I'm there.  It might even be considered unsouthern, and I can't have that! 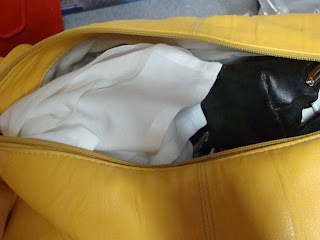