The Vitrectomy Surgery: A Necessary Evil

This is Fluffy, the elephant.  He was NG's pillow pet before pillow pets were cool, he was also her faithful surgery companion.  See how brave he is?!?! 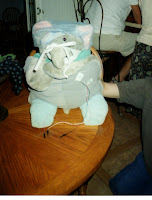 So here's a quick recap of the events leading up to NG's eye surgery.  She was diagnosed with Morning Glory Disc Anomaly Coloboma aka: Morning Glory Syndrome in January 2008, you can read about that here.  We then spent six months trying alternative methods before deciding to move forward with a complete vitrectomy on her right eye in June 2008, you can read about that here.

We had scheduled NG's surgery for Thursday, June 12.  L and I made arrangements to leave GG at home with my family and drive down to LE and D's house the night before.  L planned to return home on Sunday night, go to work that week, and drive back down to see us the next weekend.  NG and I would be staying in Central Arkansas until the last post op appointment on June 27th. 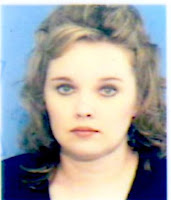 My drivers license was due to expire in July 2008 and not wanting to leave anything till the last minute I decided to get it renewed on Wednesday before we left town.  My great aunt BJ, who was a really cool lady by the way, had passed away that Monday and her funeral was scheduled for Wednesday morning.  So with my aunt's funeral less than two hours away and my daughter's surgery less than twenty four hours away I wasn't feeling particularly photogenic that day.  But that's OK.  I only have to use that picture for four years, right?  Except last year when I renewed my CHCL the State of Arkansas used the picture on file rather than requiring me to have a new one made.  How very thoughtful!  So I'm stuck with that dressed like I'm going to a funeral, just spent the last 7 days turning our lives upside down, don't tell me to smile or I'll tell you to take a six foot dirt nap picture until 2015.  Words can not describe how happy that makes me.  No.  Really.  There are NO words! 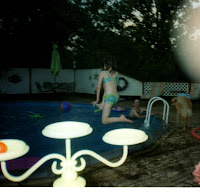 That evening we all went out to eat and then NG spent the remainder of the evening playing in the pool.  None of us realized it at the time but this would be the only time she got to swim that summer.  Dr. Bradford would not allow her back into the pool before summer was over because of the increased risk of bacterial infection.  He still teases her about not liking him because he didn't let her swim that summer, and the truth is she does like Dr. Bradford but she might hold a little bit of a grudge.

That morning we checked in at the Baptist Health Eye Center.  We had tried to prepare NG on what to expect.  We had also tried to keep all fears or concern we had away from her.  She was very calm and cooperative throughout pre-op. 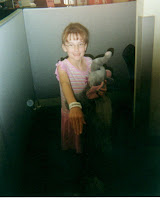 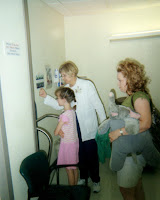 The medical staff's plan was to wheel her into the OR, give her general anesthesia, and then insert her IV.  Unfortunately this meant she would be taken from L and I while she was still completely lucid.  I didn't think this was a good idea.  My plan was for them to insert her IV while I was there to help keep her calm, give her an IV sedative to make her sleepy, and then wheel her into the OR after she had drifted off, therefore allowing her and her parents to remain calm.  We went with my plan.

I have never been the kind of parent that talked to my children like they're babies, and the truth is very few pleasant things happen at doctor's offices or in hospitals.  It has been my experience the best way to handle that unpleasantness is to simply explain what is going to happen with the underlying understanding that it isn't up for discussion.  They get the facts, not a choice.  So after explaining what would happen, I crawled into the bed with NG and told the nurse to proceed.  She was still, he was quick, and we were finished. 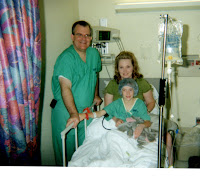 Before surgery we met briefly with Dr. Bradford.  He answered all of our last minute questions and did a quick recap of what to expect.

Then it was time for them to take her back.
﻿﻿

If I'm going to be truly honest I don't really remember the wait during the surgery.  I remember making phone calls to let people know she was in surgery, and answering phone calls from people wanting to know if she was out of surgery.  At some point LE called to tell us she was on her way and to ask what we would like for lunch.  Mostly we just sat, waited, and prayed until they called our name.
Dr. Bradford told us he was pleased with the surgery and that her prognosis was good.  He had not encountered any problems and felt that recovery should be very straight forward.  We were to keep her face down for the next 14 days, she could raise her head so we could administer the eye drops and salves but the rest of the time she should remain face down. 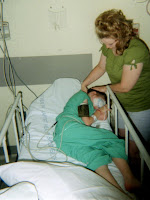 Then they took us back to see NG.  She was groggy and was experiencing some discomfort but didn't seem to be in any great deal of pain.  When asked if she was hungry she requested macaroni and cheese.  We were given all the necessary prescriptions, medicines, directions, and discharge papers and told we could take her home.  The easy part was over.  Now we just had to get through the next 14 days (more on that here).
Posted by Unknown at 8:53 AM