Hello My Name Is Amanda.... And I Might Be An iPhone Addict.

The truth is I don't even really like my iPhone, never have.  But when I decided to replace my blackberry two years ago, an iPhone owner I became.  Although the phone itself has never grown on me the convenience has, and there in lies the problem.  Like any addiction you don't necessarily like what you're addicted to, but that doesn't stop you from wanting needing it.  I did resist the urge to purchase the new iPhone 4 when it was released last year, after all I just couldn't justify replacing my perfectly good looks like new absolutely nothing wrong with it phone just because it was no longer the latest and the greatest. 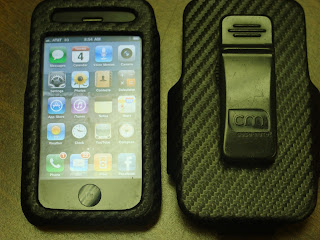 Oh, but today...... Apple is scheduled to announce their newest mark in iPhone history.  And should they announce not just the release of new software but also the release of an iPhone 5, I might have to replace mine.  After all, it's now two years old and that's like being twenty years old in cell phone years.
Posted by Unknown at 9:50 AM