And A Good Time Was Had By All!

A couple of weeks ago we were invited to a Fall Festival, it promised friends, food, and fun!!  Who can say no to that?!?!

L had already made prior commitments to the SD (and would spend his evening doing what has come to be known in our house as coppin'.)  To the outside world this appears to be time L spends doing community service in our county.  Those on the inside know it's also L's only escape from the estrogen overload that holds his home hostage.

So the Girls and I headed off to enjoy the festivities minus L.  For those of you who know me you know I don't like to be late!!  Ever!!  But due to fact that the gathering started at 2:00pm, and I didn't actually read the entire invitation until 2:38pm, it appeared we were in fact going to be unfashionably late.

And then we got lost.  Yes, I have lived on that mountain all of my life, and yes I had been to the location listed on the invitation more than once.  But in my defense...it had been a while, and the roads really do all look the same!!  But after driving in a large circle (twice), and then taking the road less traveled, we made it. 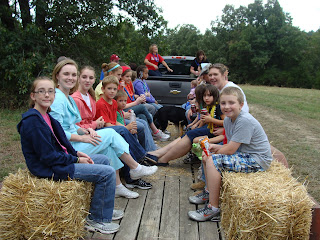 There were games for the kids.... 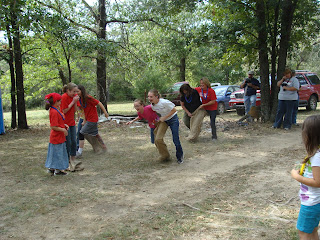 and for the adults! 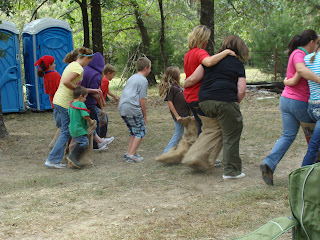 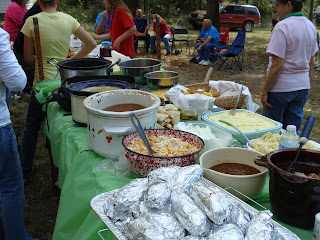 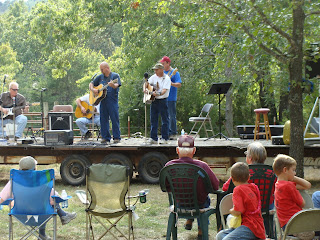 We all had such a great time that I didn't even let myself be bothered by the fact that all the children around me, that I remember as being preschoolers, seem to be half grown.  After all it's really not so bad, in a few years we can all enjoy our 20's together.  Won't that be nice?!?!